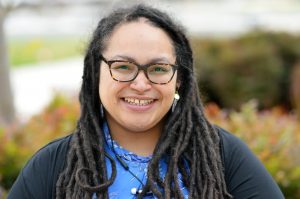 Born in Oakland and raised in San Pablo and Berkeley, Anjanine dedicated her youth to the pursuit of classical music, theater, and academic success (nerd alert!). After completing her undergraduate degree, Anjanine worked as, among other things, a violin teacher, gigging/recording instrumentalist and vocalist, and academic tutor in New Haven, CT before returning to California – this time, to Richmond, which she is happy to call home. Before becoming the Scholarships & Internal Operations Manager, Anjanine served with Richmond Promise as the Scholarships & Data Coordinator (Americorps VISTA) and is truly thrilled to work alongside such an incredible team serving such promising Scholars.

“This work is deeply important to me. Throughout my youth, I was immensely fortunate to have encountered equity-minded adults who wanted to see me succeed and worked to help me access opportunities I sincerely doubt I would have had otherwise. But for me, this work is not only about giving back (important as I think that is) – it’s also about trying to do my part, however small, to move us forward as a people.” 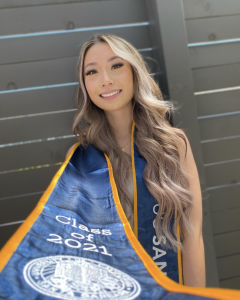 Born in Oakland and raised in Richmond, California, Breanna Pharn is a graduate from both Pinole Valley High and University of California, Santa Barbara. After college, Breanna was very passionate about college access, and decided to explore her interests as a Richmond Promise Summer Associate intern. As a RP alumni herself, she felt she could use her personal experience to help improve Richmond Promise. Her passion and commitment to the work led her to her current position as the Richmond Promise Scholarship Operation & Data Coordinator. Breanna is super excited to work alongside her incredible team to help scholars gain access to opportunities.

“As a first-generation student, I understand the hardship it is to gain equal opportunities and to succeed in college. Richmond Promise has helped me grow tremendously and shaped the person I am today. I am excited to be a part of the Richmond Promise Team to not only help students gain opportunities but also to strive for a higher education.” 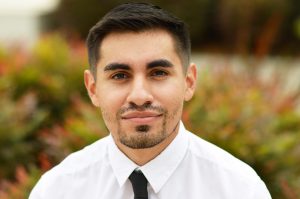 Born and raised in the streets of Richmond, California, Miguel Molina is a graduate from Richmond High and most recently UC Davis. As a young adolescent growing up through a turbulent time period of gang violence, economic recession, and infrastructural decay, Miguel understands the harsh conditions many communities like our own have suffered through. Miguel’s past work experience includes working as a mentor and instructional aide at Davis Senior High with ESL Students, and most recently as an AmeriCorps VISTA member with Richmond Promise as Communications and Outreach coordinator. He currently serves as our College Access Coordinator, outreaching to the community & school sites, as well as coordinating our access and awareness programs.

“I am motivated to work at Richmond Promise because I am able to provide support services to my community. As a first-gen student I understand how difficult it is to gain access to and success in college. I am eager to provide our youth with the power and knowledge to thrive in higher education!” 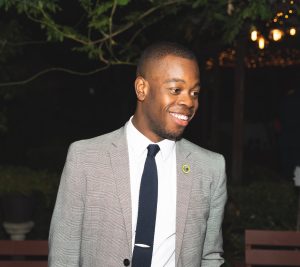 Born in Alameda County and raised in Richmond, Christopher is a proud product of the City of Richmond and the East Bay. Equally driven by the racial, educational, health, and economic disparities he experienced around him and the dedication he saw throughout the community to secure a more equitable future for the city, Christopher aspired at a young age to serve Richmond through public service. A graduate of Leadership Public Schools – Richmond, Christopher went off to Webster University in St. Louis, Missouri, where he graduated in 2014 with a degree in Political Science. Immediately after graduating from Webster, Christopher moved to Washington, D.C., where he was accepted into a congressional fellowship and gained early work experience in the Office of United States Senator Bill Nelson. After an impactful experience in Washington, Christopher returned home to Richmond in 2015 to start a public service career in his hometown and region. Since returning home, Christopher has worked in the Office of Congressman Mark DeSaulnier, the San Francisco Public Utilities Commission, and the Office of Richmond Mayor Tom Butt (twice!), most recently serving as Chief of Staff.

“Throughout my upbringing, I’d been told by many people to get out of Richmond and never look back. While I am proud to have gone off to college out of state, I’m even more proud to have come back to Richmond to serve my hometown and support other young people on their own journeys through life and higher education. There’s so much power and opportunity in Richmond’s homegrown leadership and I’m honored every day to serve our current and future waves of young leaders!” 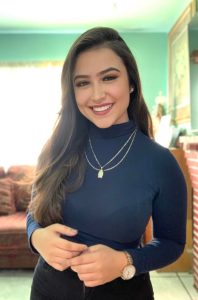 Raised in Richmond, Dariana’s passion lies in empowering and advocating for educational accessibility and equity for those who come from marginalized communities. She is passionate about providing support, tools and resources to the youth in her own neighborhood. As a first-generation college student, she attended UC Merced, where she obtained a BA in Psychology and had the amazing opportunity to study abroad in both Italy and Spain. Since graduating, Dariana has had the opportunity to serve and teach newly immigrated students as an English Language Development Graduate Tutor with WCCUSD’s, Hercules High School. Dariana also has had the pleasure of working as an EdTech Advising Fellow, followed by her experience as a College and Career Advisor with Students Rising Above, where she served a caseload of over 1000+ scholars with anything college-related and hosted various informational webinars and workshops. Dariana brings a plethora of experience and excitement to serve and work with the youth of her beloved community of Richmond.

“I would not be where I am today without the unconditional support, guidance, and love that I have received from programs like The Richmond Promise and people in my community who truly cared for my success. My passion for helping others comes from the need to pay it forward and the eagerness to see the youth in my community succeed. Receiving updates of successful news from students I have previously worked with, only motivates me further to make a lasting impact. I look forward to playing a part in the rise of the next generation of leaders in my neighborhood.”